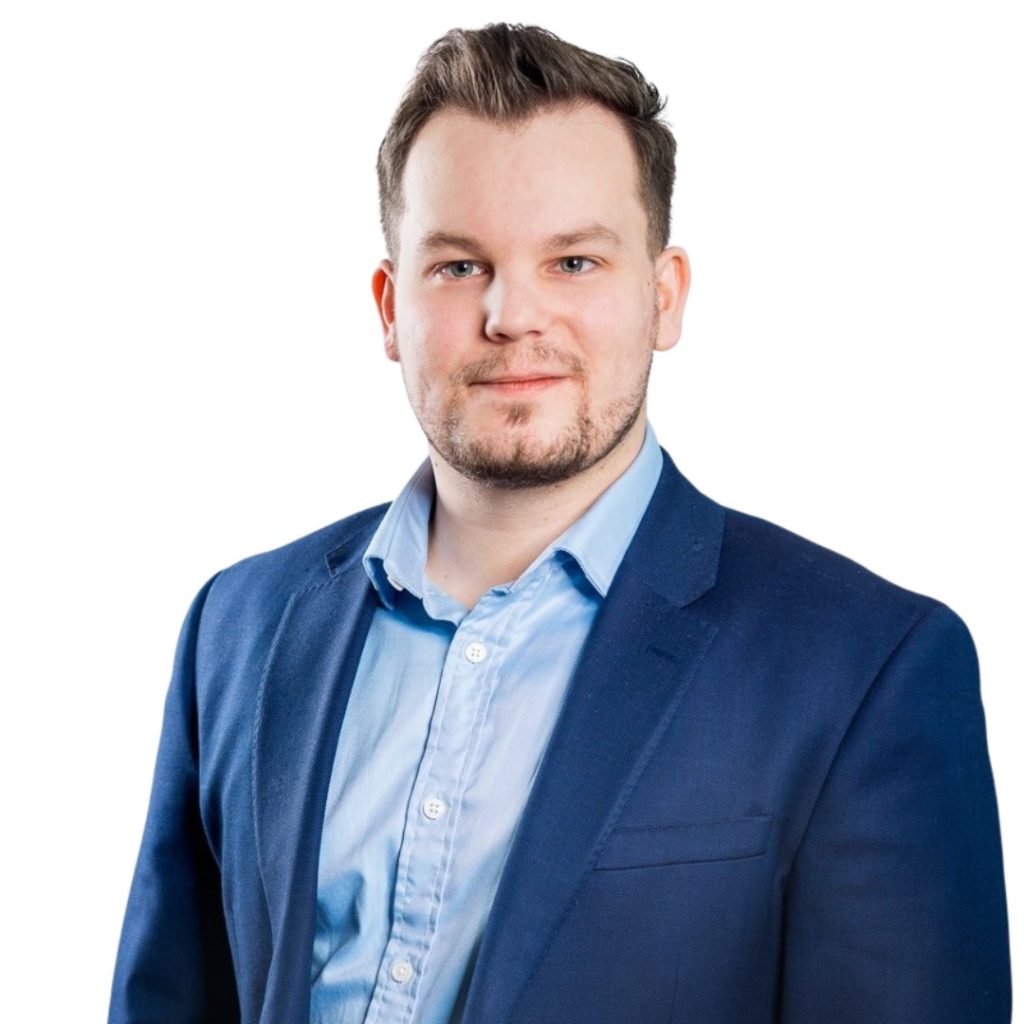 Peter is a visionary and founder of a successful company KRONE Consulting  and lover of new technologies as well.

With eeVRee we are on a on a mission to bring back the work relationships between people in after-covid times. Get the attrition levels down and gain the extra team efficiency at the same time while keeping HYBRID mode of working. Using VR, smart physical space tracking & holograms in our cutting edge platform.

Hello Peter,to start with, introduce yourself and your journey in IT field.

Okay, so, I´m in IT for more than 16 year now and it is quite a journey I would say. Lot of changes, lot of trends passed by through the years and lot of new trends are waiting in front of us.

Let’s get to the eeVRee. So, is it basically virtual reality?

It is more than that, it is not just VR, it is connecting VR with physical reality, we are living in. And it is more a platform to connect people and re-enable the connection between the people in real world in this conditions where actually everybody is working from different location, everybody is working from different country maybe and it is really difficult for companies to reunite and rebuild the bounds and connections between the people in the company.

How did you get the idea for eeVRee?

I was doing google research and found nothing – so this was the idea. And we are an IT company, called KRONE Consulting, which solves basically the same problem. After the lockdowns and changes in the global market, everybody is free to work from any location they want. It is really difficult to rebuild or keep the company culture and keep focusing on the connection between employees and employer. I was trying to find some solution for this originally, but I was not able to find any. I found the need in market and I founded the platform for this, that we developed on our own.

Did the pandemic days have a impact on it?

They had impact on the change in the market. I would say, it directly affected what we are doing now, because without these pandemics and lockdowns and changing the way of how we work, there wouldn’t be a need for a platform like this.

The part of the eevree is also a gamification. What would you consider as a biggest plus of it and is there any evidence that gamification can make a progress on workflow in the teams?

I would say that we are big children, all of us. So, we are using this psychology to motivate and show the people that are connected through this platform. Most of the time when we are working on common tasks, and the colleague on the other side of the teams just waited for your input, and we are trying to show everybody using eevree that when we are working and communicating together, when you are rebuilding this social connections and this social commitment to team members or colleagues, than it could bring you benefits of feeling good, feeling the winning feeling you usually associating with something you had achieve. So this is how we are using gamification in rebuilding the work connections between the teams and colleagues.

What if there is a person in company, which refuse to use it and will argue with the point, that the efficiency of it own work didn’t get lower during pandemic?

It did not, actually even Gartner says that the efficiency of people working remotely on their own tasks, went down just by single digit numbers, which is probably statistical error, or could be an issue of measuring. This is about creating the incentive and build company culture, and motivate people to use platforms like this. Because it is not about forcing someone to use it, that is not going to work. You need to explain, you need to show the benefits of it, you need to show that actually this is bringing the value  for everyone using it. Not only for the company but also for the people using it and trying to reconnect with their colleagues. We did this before, in the offices, when we were having coffes and chit-chat with our colleagues and nobody complained about that, nobody was against it. It was part of work, part of building connections. We are just using the cutting edge technology and modern platforms to make this happen in a hybrid world, where everybody is located in different versions of reality. Because someone is in their cottage somewhere in the mountains, someone is at home with their kids and wife and someone is in the office. And to create one environment where you would reconnect and rebuild these connections is not possible without these technologies.

Why did you decide for the meta headset and not for the virtual desktop?

This was part of the goal, we were trying to make it as simple as possible to use. We did not want to force employees or companies to buy expensive hardware for it. We did not want to make people feel being constrained by cables. With Meta Quest headset, they do not have to connect to PC, they don’t need the power of a PC, not even a cable to connect to anything. Everything is running in the headset. It is completely standalone. The only thing you need is wifi and that’s it.

Since you mentioned that you are also running company KRONE Consulting, what are the biggest differencies between these areas of business?

KRONE is a consultancy company. We are working with our customers to make their projects sucsseed. eeVRee is more of a spinoff. This is something where we learn how to develop the software in house, how we optimize software development life cycle in R&D, which is completely different compared to what we are used to. And when you are researching something that nobody did before, you cannot find answers on google or stack overflow. This is something that we fought most with, we needed to go through this research phase. And I also think that this is the biggest value that eeVRee brings to the market – we are creating something that was not here before. And it is really interesting for me, cause I love new technologies and love to bring something new to the market and this is exactly what we are doing. It is different but at the end of the day, it is still about bringing value and innovation.

What about ambitions into the future?

Ambitions with eeVRee? Okay, we established office in the USA so with let’s say mid-term future we are going to roll off in the American market. We are going to show the value of this platform to the American customers .We have a road map with lot of new features, we are bringing fotorealistic avatars and copies of your own. It is not something like FB is bringing with their really potato looking avatars. This is really something that you can see yourself in, like in the mirror. And we are going to bring one major feature for people that are in the office, where they would be able to stop looking into the “telly” to see others for eeVRee, but they will see holograms. Holograms are again cutting edge technology, that were never done before. So constant innovation is key, I would say.

And the last, but not least, is there any message, you would like to say to our listeners/readers?

Sure. Come to our office and try it. You won’t be disappointed.

This website uses cookies to improve your experience while you navigate through the website. Out of these, the cookies that are categorized as necessary are stored on your browser as they are essential for the working of basic functionalities of the website. We also use third-party cookies that help us analyze and understand how you use this website. These cookies will be stored in your browser only with your consent. You also have the option to opt-out of these cookies. But opting out of some of these cookies may affect your browsing experience.
Necessary Always Enabled
Necessary cookies are absolutely essential for the website to function properly. These cookies ensure basic functionalities and security features of the website, anonymously.
Functional
Functional cookies help to perform certain functionalities like sharing the content of the website on social media platforms, collect feedbacks, and other third-party features.
Performance
Performance cookies are used to understand and analyze the key performance indexes of the website which helps in delivering a better user experience for the visitors.
Analytics
Analytical cookies are used to understand how visitors interact with the website. These cookies help provide information on metrics the number of visitors, bounce rate, traffic source, etc.
Advertisement
Advertisement cookies are used to provide visitors with relevant ads and marketing campaigns. These cookies track visitors across websites and collect information to provide customized ads.
Others
Other uncategorized cookies are those that are being analyzed and have not been classified into a category as yet.
Duration
SAVE & ACCEPT

Let's have a chat!